The program took out the Public Relations Institute of Australia’s 2018 Golden Target Award for best Digital and Social Campaign.

The Plating Up WA campaign was driven by the Department of Primary Industries and Regional Development, which administers Buy West Eat Best, as part of the program’s 10th anniversary celebrations.

Department Executive Director for Trade and Investment, Liam O’Connell said social media was a vital channel used to encourage consumers to dine out at participating restaurants and venues that showcased produce that had been grown, farmed, fished or produced in WA.

“Social media was an important channel used to drive people to a webpage and book a table with participating restaurants and venues across the State,” he said.

“The Plating Up WA website received more than 10,500 hits during June, while there were nearly 800 hits on the Buy West Eat Best website via the promotion’s Facebook posts.

“Social and digital media was clearly a valuable tool, alongside other strategies, to raise awareness and motivate consumers to get out and enjoy our beautiful State and the fantastic local produce it has to offer.”

The use of video was a feature of the digital campaign, with a series of short clips produced that paired iconic WA landscapes and specialty dishes that were to entice diners.

Mr O’Connell said the Plating Up WA initiative not only served to increase winter dining experiences, it also boosted BWEB awareness and provided a platform to profile our Western Australian restaurant and foodservice sector.

“Nineteen restaurants and venues signed up as participants in the promotion, while six of them committed to becoming a member of Buy West Eat Best,” he said.

“It is also interesting to note that there was also a 20 per cent increase in participants in the regions.

“The qualitative feedback from stakeholders was overwhelmingly positive and all participants have already committed to the 2019 campaign.”

Buy West Eat Best 10th anniversary celebrations will continue on Sunday 2 December from noon, with a Taste of WA event to be held at the Yagan Square Market Hall Plaza, which will showcase produce from the South West. 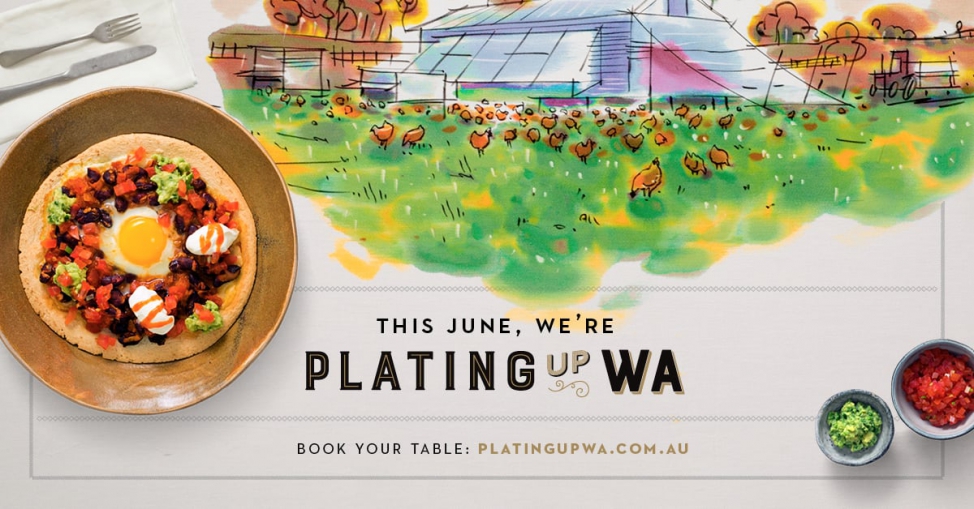